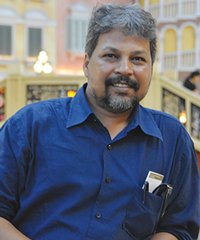 When we meet to Mr. Sanjay Kothari and ask them what is their prospective toward the Architectures and Designer he shared some of their experience with us and its well appreciable by Bhandari Marble Group. Discussing about the heritage and vernacular architecture as basic requirement and intent, to extend the idea to have a meaningful and sustainable living space concept for life, drove me to the roots of architecture as a basic subject, to further draw some narrative,before attempting to design a house for a client who wants to have meaningful living space which has character based on traditional forms and spaces (as prototype) on a small plot in urban setting.

Each design exercise initiates a discussion within, which helps move little forward in the journey.

At this point of time where I am standing I strongly believe that the “heritage”or “traditional”or “vernacular” as a style of architecture has to have its contemporary roots.

In most raw sensibility about space and form we generally mistake to associate “style” with the elements because we look at them as generator of form and space, but in most logical understanding of the subject we realise that it is technology, climate and material, which define space, form and elements, and not vice versa .

“Sustainability” is key word to me in architecture and during discussions, the client intelligently endorsed my inner thought by saying that this is going to be his first and last residence of life despite his affordability to own many ( he meant that he wants to have a space which belongs to soul, where he can live happily throughout life)
Architecture can be sustainable only when it speaks of space formed through the use of available resources in most contemporary ways and means.
I think within this frame and intent, the architecture can find its destiny closer to the intent of design without any rider.
So far initial sketches have given me required confidence to move on to achieve the intent through design. Let’s see!!