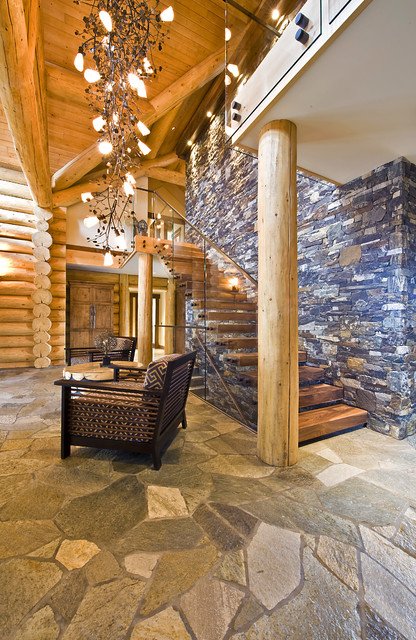 A History of Marble stone Flooring in India and Abroad by Bhandari Marble Group
A lot of flooring materials today are called “traditional” or “timeless.” In some cases, this is just marketing language, but in other cases, it’s actually historically accurate, as some flooring materials have been around—in one form or another—since ancient times. You can probably guess that natural stone flooring is one of them, and maybe even tile. But what kinds of floors did humans have when they lived with animals in the house? A few truly traditional flooring materials may surprise you.

The First Floor
The very first floor used in interior construction was made simply of the ground itself. The soil was often cleared and leveled off before the structure was erected above it. In some cases, hay or straw was used to soften this surface and make it slightly warmer in the winter. Cured animal skins may also have been draped over the earth to provide some degree of padding. The ancient household also might drop trash and refuse directly on the floor and then walk over it to compress it down into a solid surface. In rural areas, the interior of the house was often shared with livestock, and animals leave waste, which would also be walked over and compressed down into the floor, resulting in a surface that was as hard as concrete.

Early North American Flooring
Tribal people in North America commonly poured large amounts of sand over the ground inside their structures and then smoothed out the sand. The sand layer would collect waste and refuse and, over time, would turn mucky, much like a giant litter box. At that point, it could be swept out of the structure and then replaced with a fresh layer of sand, creating a warm, soft, relatively sanitary floor covering. Another practice common in North American was to spread peanut and sunflower seed shells across the floor. As the floor was walked on, the oil from the shells would coat the occupants’ feet and become spread out across the dirt floor, hardening its surface while making it more compact, stable, and free of dust.

Ancient Indian Flooring
Traditional dirt floors were given a new twist in the Indian subcontinent with the addition of an array of colorful decorative sands. These could be strewn across the floor or mixed with rice powder and flower petals to tint and color the natural surface of the ground randomly. They could also be arranged in intricate patterns and designs, in an art form known as rangoli, which is still practiced today.

The History of Natural Stone Flooring
Stone construction was first developed in Egypt over 5000 years ago, with the building of palaces and monuments using large bricks of mountain-cut material. Today, the pyramids at Giza have some of the oldest examples of natural stone flooring in the world, proving the long-term resilience of these surface coverings. The use of stone in flooring continued to develop over time, and there is evidence that the Greeks were creating pebble mosaic floors as early as 3000 years ago. These were made by placing hundreds of small, rounded stones into a mortar bed to form an image. As this flooring material evolved, the pebbles were replaced by flat pieces of colorful stone tile.

There are other examples of natural stone materials being used across the ancient world. The Greeks prized marble as a flooring material for its translucent abilities, particularly with a light-colored stone that seemed to glow in the sunlight. The royal families of the Carthaginian Empire had a special Turkish Marble that they used to build all of their palaces as a symbol of prestige.

Roman Heated Stone Floors
During the Roman Empire, the art of natural stone flooring reached new heights of innovation. Masterful Roman architects were able to design a series of floors that were actually heated from below; these were the first below-surface radiant heating systems. This process made use of large tiles propped up on joists so that a gap was created beneath the surface of the floor. A furnace was placed at one end of this gap and, while a vent was placed at the other end. The heat from the burning furnace was drawn across the bottom of the floor toward the vent, warming the tile above. These heated floors were used in the homes of the wealthy throughout the life of the empire.