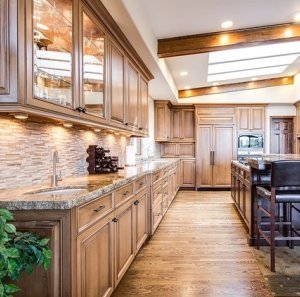 ONE OF OUR PREMIUM PRODUCTS- QUARTZITE:

Quartzite might just be the hottest natural stone at the moment. If quartzite were on Instagram, it would have thousands of followers, and as with any other celebrity sensation, people would wonder in hushed tones, “Can that be real?” “Looks too good to be true.” Or, “I’m not sure if I can trust it.”

THE LOOKS OF MARBLE AND THE TOUGHNESS OF GRANITE:
With its marble looks and granite toughness, sometimes quartzite does seem too good to be true. And because of widespread mislabelling, sometimes it really isn’t true. One of the downsides of quartzite’s popularity is a tendency for a quartzite label to be put on stones that aren’t actually quartzite. Thus, the burden falls on local dealers, fabricators, and consumers to try to figure out if a given quartzite is the real deal or if it’s one of many imposters.

Overall, this isn’t a terrible thing. Quartzite is pushing people to look beyond aesthetics and use the properties of the stone to determine what it is and how we should use it. Looks can be deceiving (and alluring!) but a stone’s inherent traits are something we can rely on every time.

HOW IS QUARTZITE DIFFERENT FROM SANDSTONE:
Lately, I’ve been seeing a new wrinkle: sandstone being labeled as quartzite. This one is trickier to resolve because sandstone and quartzite are made of the same mineral – quartz – and they have similar properties. Both sandstone and quartz have a hardness of 7 and will easily scratch glass. Neither will be etched by common acids.

So how do you tell sandstone and quartzite apart? And does it even matter?
The bottom line is, yes, you can tell quartzite and sandstone apart by examining their textures. And, yes, it does matter in terms of porosity. Moderately porous stones are perfectly usable, but should be sealed in certain applications (such as countertops or flooring) and may be more prone to staining. Given the choice between an accurate name or a generalized, semi-true label, we should always go with the former. As always, the key is to evaluate what stone you have and what its properties are before you commit to using it.

Let’s delve into the details, shall we?
Most likely you know by now that sandstone is a sedimentary rock. Sandstone starts out as humble beach sand. Eventually, sand gets buried and compressed by overlying layers, and minerals carried by groundwater act as glue that binds the sand grains together into solid rock. All of this and more is described in our article about sandstone.

SOME OTHER FACTORS THAT DIFFERENTIATE QUARTZITE AND SANDSTONE:
Quartzite picks up where sandstone leaves off. It’s a metamorphic rock – one that’s been baked into an extra-tough stone by the heat and pressure that only comes from deep burial way down in Earth’s crust. Such events are usually brought about by tectonic collisions, where continents grind into each other.

Quartzite isn’t melted sandstone. It’s a sandstone that is fused together so tightly that the sand grains lose their individual identities. The minerals crystallize together into a dense fabric of quartz crystals. The deeper and hotter the stone gets, the more tightly it’s fused.

Here is the key point: The heat and pressure that turn sandstone to quartzite is not a definitive, black-and-white occurrence. It’s a gradual process, with subtle differences occurring all along the spectrum. There is no exact moment that sandstone becomes quartzite. It’s similar to the way that colors blend from one shade to the next. When does Royal Blue become Navy Blue? It’s hard to pin down, exactly. Because there is a range of quartzites and sandstones, it’s wise to assess each stone as an individual, rather than relying on broad categories or stone names as the last word on how a given stone will behave.

Here are three ways you can determine what type of sandstone or quartzite you’ve got. Each of these is explained in detail below.

For personal assistance with your project, drop an email or contact the team at BHANDARI MARBLE GROUP– Your one-stop destination for all stone needs.